US treasury secretary John Snow said, “The idea that we are going to see a collapse in the housing market seems to me improbable.” The belief that housing is a safe and good investment, combined with low interest rate and availability of alternative investments leads to mania for homeownership.

People started buying more homes although they already owned a house.  For those who did not have their own house, they dealt with mortgage brokers. This led to the overbuilding of houses. Too many houses caused a fall in property values, and subsequently mortgages became worth more than the houses themselves, whereby homeowners could not pay mortgages and banks did not get their money back.

In this situation, Dale Akins (Market Edge, 2006) said, “The national media is reporting the housing bubble. Don’t believe it.” Stan Sieron, president of the Illinois Association of Realtors, also said, “Housing is still the best investment, without question.” But what happened next? It was the failure of banks that led to two events: Lehman Brothers went bankrupt, and Washington Mutual seized up, their assets now sold to JP Morgan.

In the event that a bank cannot get the payment back, the investors cannot get their money back, and the bank cannot continue lending money.  In the US crisis, such a situation led to a crisis of confidence and ultimately stock prices fell freely. And responding this situation, President Bush, on Sept. 26, 2008, stated, “We got a big problem.”

Just a month before the Great Depression, the noted economist Fisher predicted that America had reached a golden age of prosperity. Similarly, just before the Southeast Asian crisis, people said ASEAN had developed a wonderful economy.

Not only could they not predict, but they predicted the wrong thing. What the economists tell us about what we should do is also useless, because their policy prescriptions are based on the wrong models. What they predicted did not going to work out.  Things did not happen as predicted. If we look back at the 20th century, a large number of economic crises occurred. The economies of many countries collapsed.

The Great Depression is the biggest such case. Others examples are monetary crises, the Mexican crisis, the Russian crisis and the East Asian crisis. And not a single economist predicted beforehand that those crises would occur. In fact, in most cases, we can find statements by famous economists saying that we were going to get better, just before the crises took place.

After each crisis, economists maintained and tried to make things better, and quite frequently they ended up making things worse. In Russia, for instance, the IMF and World Bank said what was needed was to change from the communist system to the capitalist system, create a free market, and so on.

This led to a failed shock treatment that was imposed by the IMF. Industries collapsed, production fell by 50 percent within a year. It was really not a good thing and Russia never recovered. If there was some benefit from a free market, the Russian economy should have improved.

Similarly, the Indonesian economy was resolved very badly. In early October 1997, it was decided to call in the IMF for program support, for the first time since 1973. The program aimed for a modest tightening of fiscal and monetary policy, while structural measures focused on resolving weaknesses in the banking system.

The second IMF-supported program was designed to restore the credibility of the government (January 1998). The World Bank reported that this credibility had received another blow in the draft budget published on Jan. 6, 1998, which was considered by many to be based on unrealistic assumptions.  A third LOI was signed on April 6, 1998. Part of the agreement was the gradual abolishment of fuel subsidies.

On May 4, the president announced a fuel price increase of 70 percent, and a corresponding bus fare increase of 67 percent, to be implemented the next day. This triggered widespread protests across the country, especially in Jakarta. In an unprecedented move, the rubber-stamp parliament called for Soeharto’s resignation, and on May 21, he stepped down, making Habibie president. What had started as a financial crisis had turned into an economic, social and political crisis (World Bank, 2004).

Many critics of New Classical Economics were proposed by dozens of scholars and Nobel laureates. However, they did not get much effect. So the real issue is actually that we have to go by looking at behavior. From there, we might be able to find the right model.

Actually, one of the mistakes in Western theory is that it narrowly focuses on the observers to the exclusion of everything else. This philosophy of empiricism suggests looking only at observations. This model of social science has emerged from imitating physical science. In physical science, the model of Newton impressed everybody that it could explain lots of thing. They also wanted to just have one behavioral law and explain everything with this law. It was the law of human beings who behaved selfishly.

From there, they derived all the economic theories. Because they used a lot of mathematics and it was hard to understand, people were interested and thought that it must be true. In fact, Paul Samuelson wrote a book on the foundations and popularized the mathematical approach. If not for Samuelson, economics would probably not be where it is now. Samuelson then introduced mathematics and it became very popular.

Prior to that, people were very important for economists. They used to think about what the world looked like and how human beings behaved. After that, they started thinking about mathematics. Gerard Debreu won the Noble Prize for economics, and nobody knew how and what he had done in terms of the real world phenomena at all.  It was pure mathematics.

Now, the theory of behavior tries to assess whether human beings behave like economists think they do. As we see in the Ultimatum Game, this hypothesis is strongly rejected. This game is played as follows: An amount of money, say US$100, is to be divided up between two players. The first player is called the Proposer, and the second player the Responder. The Proposer makes an offer to the Responder. For instance, they offer US$40 (out of the 100).

The Responder can either accept or reject it. If they accept, then they get the offer ($40) and the Proposer gets the remainder ($60). If the Responder rejects it, then both players get zero. This game is interesting because economic theory predicts that the Proposer will offer a very small amount, say $10. The responder will accept, because $10 is better than $0. However, in reality, people do not behave like this. Most people reject low offers, in contradiction to economic theory.

To sum up, we can say that how economists understand the world by saying that people are purely selfish is wrong. This is the fundamental reason for the failures of all economic theories.  We see that unlike the standard utility model, the Ultimatum Game shows that people do care about fairness and they do behave in a reciprocal way, they take into account what the other person wants to do and they act in a similar way. If the other person is generous, they will be generous.

It is also the time to eliminate many kinds of selfish behavior, like corruption, manipulation and collusion. Our economy has suffered too much because of these three “diseases”. Bert Hofman noted that corruption is the root of the Indonesian economy’s problems.  Kevin O’Rourke wrote that “rather than serving the public, most functions of the state apparatus were concerned primarily with upholding rent-seeking structures”. So if we build a society around generosity and help each other, rather than be selfish, we Indonesians might do better economically.

The writer is a PhD in Economics scholar at the International Islamic University, Islamabad, Pakistan.

This article was published in thejakartapost.com with the title “The failure of economic theories”. Click to read: https://www.thejakartapost.com/news/2009/02/04/the-failure-economic-theories.html. 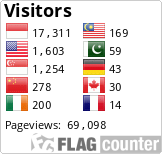